Hello! My name’s Celia and I’m 42 years young. I have AOA2 and have been a wheelchair user since I was 17. It’s a bummer but I always think there’s someone worse off. I’m not a fan of talking about me, but I like to answer questions, I’d much rather that than people make incorrect assumptions.

But I’m not here to talk about me, but rather about something that’s an important part of my life for 2 reasons, 1) I love it, and 2) it’s actually proved rather good for me. I love music. I’d listen to it all the time if it were up to me! 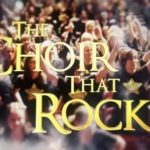 In June of 2011 I watched a documentary called The Choir That Rocks. It was about a choir (surprisingly!) called Rock Choir who sang contemporary music, and it followed the founders story from starting a little singing club in her shed with a handful of people, in 2005, to what it was then, a national sensation, with multiple locations around the country, 60+ highly trained music teachers, and about 18,000 members overall (Gareth Malone jumped on the bandwagon with his Military Wives stuff later). It had three episodes, and by the end I was ready to have myself some of that fun, it looked, and sounded, brilliant.

Eagerly I pulled up the website address they gave and looked to see if they had a choir in my area, and as luck would have it there was one being started in the September. The first session, called a taster, was free, so I signed up. Nothing ventured nothing gained, right? I was so nervous when I got there, I’d never done anything like that without knowing at least one other person before. I went in and found 3 smaller sections, bass, alto, and soprano, and I settled myself in the alto section, which is where I thought my voice would lie. We listened to a short talk about Rock Choir, the way we would be taught, the types of songs they sing (pop, gospel, soft rock, and Motown) and their ethos. The first song we learnt was Oh Happy Day, a three part harmony song. I had my doubts as to whether we would manage it, but with our choir leaders gentle yet firm encouragement we sung it pretty well. I was definitely hooked, so once home i completed the full sign up to become an official member. We learned a total of four songs during that 10 week term, all geared towards our first performance at the end of term.

As the years went on I noticed my speech, which I had expected to deteriorate, was actually still rather good, and better than when I started, actually, and my lungs worked properly. Its difficult to put it into words but I’m sure you understand what I mean. I can only attribute it to singing, good vocal technique, and the breathing exercises we do. Don’t get me wrong, I’m no pro, and my vocal ability is barely above a dying cats wail, but somehow, within the choir, it works. My consultant even expressed his surprise at how good my speech is, so it must be good!

Fast forward to 2020. I’m loving choir as much as ever, and I’ve made some really good friends. Ac 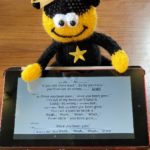 tually it’s more like family. Then the 21st March happened. Covid lockdown. That’s choir up the spout for however long this blasted virus takes to go away I thought, but no, choir survived. It’s been a very different term, and no doubt it will be till this virus goes away, but it’s been fun and manageable, with pre recorded tutorials and live zoom sessions. Understandably there has been no performances, but we’ve had various recording projects to have a go at.

I’ve been very lucky in my time at choir, I’ve done countless performances, theatres, fetes, fundraisers, supporting acts for bigger stars, Guinness World Record attempts, and even packed out the O2 Arena!
Rock choir is still a national sensation, now with nearly 90 skilled musician tutors and over 30,000 members. I’m proud to be a part of this incredible community.

I’d recommend singing to anyone, it’s so much better than standard speech therapy…well the stuff I had anyway. Its helped me so much, plus I’m more inclined to do it as it’s so much fun. Things have come on so much that I sing soprano now, and, as of January this year, I’m also an active member of a show tunes choir!

How does A-T affect people?